Our Account Director and Head of Delivery recently attended a fascinating Infinity Works Leeds event based around the agile principles of failing fast and learning by doing.

What happened at the event?

To kick things off, we were told a story of a graduate developer who, on their first day in the role, was told to set up their machine. Armed with a document explaining how to do it, they managed to get things a little wrong and in the process took down the entire client production database. This person was fired on the spot and told to expect legal action.

Since the above article was posted just over 12 months ago, it has received loads of attention. This developers employers punished his failure. They failed to learn from it. At a base level, should it even be possible for a new employee to have the potential capability of doing such an enormous amount of damage?

Gigantic screw-ups like the one above are rarely the fault of one individual. While it might be easy to finger point and pass the buck the reality is that reputation damage tends to stick with companies for longer than employees. ‘Human error’ attracts infinitely more sympathy than organisational oversight.

No matter how much we automate processes and replace administrative people with technology a degree of human intervention and interaction will always exist. If we constantly tell people off for making mistakes we lose the ability to see why our technology allowed its users to fail.

Recognising – and even celebrating – failure makes us stronger, highlighting the weaknesses in our processes and people, which can then be addressed and improved.

The bulk of the Infinity Works Leeds session was a workshop designed to demonstrate lean start-up methodology.

In this session, we worked in small groups to create and sell snowflakes to a fictional snowflake art shop. We completed four rounds of this workshop, learning something new after each feedback loop, with the facilitators intentionally switching focus to replicate real users. User requirements always change. 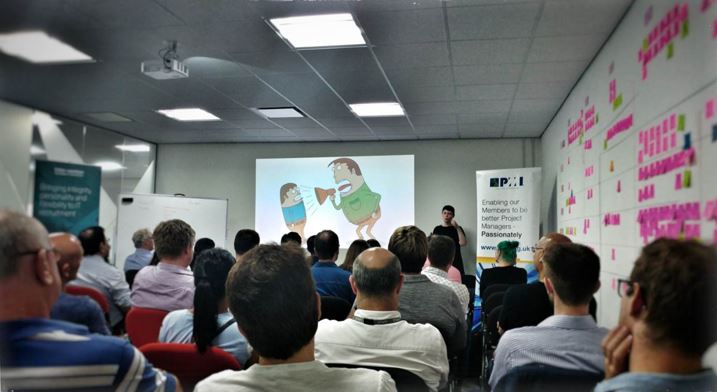 The first thing we learned was that uniqueness was of high importance to our buyers. This requirement obviously became more and more difficult to fulfill as more and more snowflakes (products) entered the shop (marketplace).

We preferred this to more conventional ‘what do you do’ networking as it forced us to think differently. It became clear that our original ideas about design, production, selling and fact-finding were all wrong. By learning by doing lots of the teams managed to come up with some really innovative designs which were rewarded with better sales revenue.

We can’t wait for the next one.

Do you have a Marketing or Digital event in Leeds that you think we should attend?

We want to meet more of our contemporaries in Leeds. If you would like us to attend or speak at your event, please get in touch.