Going digital first: how the US Navy are making waves in marketing

You’ve probably heard of the term ‘digital first’. It’s one of those buzzphrases that bounces around board rooms, often spoken by those who have an inkling as to what it means, who know that it’s somehow important, but who don’t know how to put it into practice.

But, unlike a lot of flavour-of-the-month buzzwords and phrases, digital first is going nowhere. And – if they haven’t already done so – businesses should be seriously considering re-evaluating their media planning to put digital at the front and centre of their marketing strategy.

What is digital first?

A response to the growing importance of digital media, digital first refers to a conscious strategic move away from traditional methods of communication, advertising and marketing in favour of digital channels.

Not that a digital first strategy necessitates the wholesale replacement of traditional methods. More, it represents a brand- or company-wide change in decision-making that prioritises digital over traditional media.

Simply put: because your consumers are going digital first, even if they don’t know it in those terms. From websites to social, emails to VR, QR codes to apps, your audiences have expanded into these digital playgrounds of communication and entertainment. And where your audience goes, you need to follow.

Digital marketing also offers an unprecedented ability for you to understand your audience. Utilising analytics and social listening tools, it’s never been easier to know what people want, when they want it and what they think about it afterwards. This level of detail means you can tailor your messaging and business practices accordingly – all whilst tracking and measuring the results of your hard work in a way that traditional media cannot replicate.

These dual benefits of digital transformation – being part of your audience’s digital landscape and better understanding their behaviours –  have been fully embraced by a number of big-name brands. Over the coming weeks, we’ll be sharing some of their stories, exploring why a digital first approach was right for them and showing the benefits they saw from making the shift. 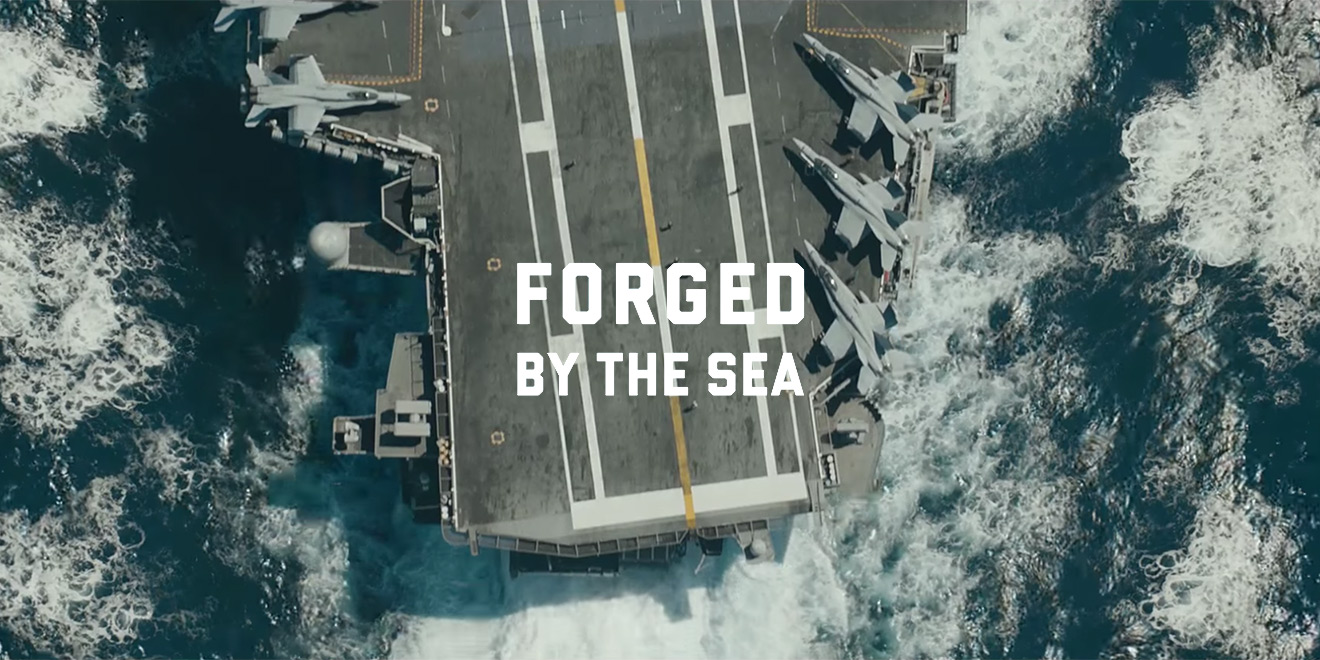 The US Navy: “Forged By The Sea” digital video campaign

With a long tradition of using traditional media, the US Navy recently made waves by announcing they were switching up their advertising spend. Historically, the military outfit has spent 70 percent of its advertising budget on television but as of next year they’ll be taking an inverse position and spending 70 percent of their budget online.

But why the shift to digital? Because, by identifying key audiences and then delivering made-for-digital creative that resonates with those audiences, the US Navy have understood the unparalleled benefits digital brings in targeting their messaging.

Working with Google, they identified a range of key audiences, many of which were new to the Navy – music fans, gamers, cooks, martial artists.

“If you don’t match the viewer’s mindset, you’re very quickly going to lose their attention.”

They then teamed up with their creative partners for their ‘Forged By The Sea’ campaign – a series of short video ads made with these new audiences in mind.

As Ryan Blum, executive creative director at Young & Rubicam said, “The question we constantly asked ourselves was, ‘How can we align Navy life with what (these new audiences) are watching?’

The results were impressive. According to Google’s findings, people who saw the ads twice or more were 16% more likely to consider joining the Navy. Those who viewed them at least twice were 19% more likely to search for US Navy keywords on YouTube within three days.

As Sandra Muoio, account director at Wavemaker, put it, “To make sure this entire experience flowed together for viewers, we did something a bit unusual: we built the creative and media strategy together and simultaneously.

“This is an exciting new approach for government clients, which are often more cautious in the digital space. But the audience they were going after is online, so we realized we had to take a leap of faith together.”

In flipping their advertising spend from 70 percent traditional to 70 percent digital, the US Navy have nailed their marketing colours to the mast. They clearly see digital investment not as a sideline, not as complementary to traditional media campaigns, but as the primary advertising vessel.

For them, digital is no longer the aperitif, it’s the main course.

Need help going digital first? From uncovering priceless buyer-behaviour insights to delivering creative that truly resonates across every touchpoint, we’ll transform your digital marketing, so that you’re more relevant to your existing audiences and an exciting prospect for new ones.

Get in touch with Woven today.