Woven Coffee Session:  An Interview with Danny, our Front-End Developer

…not only is it our first Woven Coffee Session, it’s the first interview I’ve ever given. But I’m well prepared: I’ve done my research (I watched Frost/Nixon last night), I’ve got my interviewing clipboard, and I’ve got the advice of circuit legend Michael Parkinson ringing in my ears (“Whatever you do, don’t be rubbish.”).

I’ve been tasked with interviewing Danny Edwards, our Front-End Web Developer. He’s a cool, calm and mild-mannered gent, but he’s also 6ft 4, so I don’t want to risk asking the wrong questions…

Danny steps into the Woven coffee shop (my desk), grabs a seat and places his mug down. He’s not used a coaster, which I let slide, but make a mental note to leave a coffee stain on his desk when he’s not around.

I take a deep breath. Here goes, let’s do this. 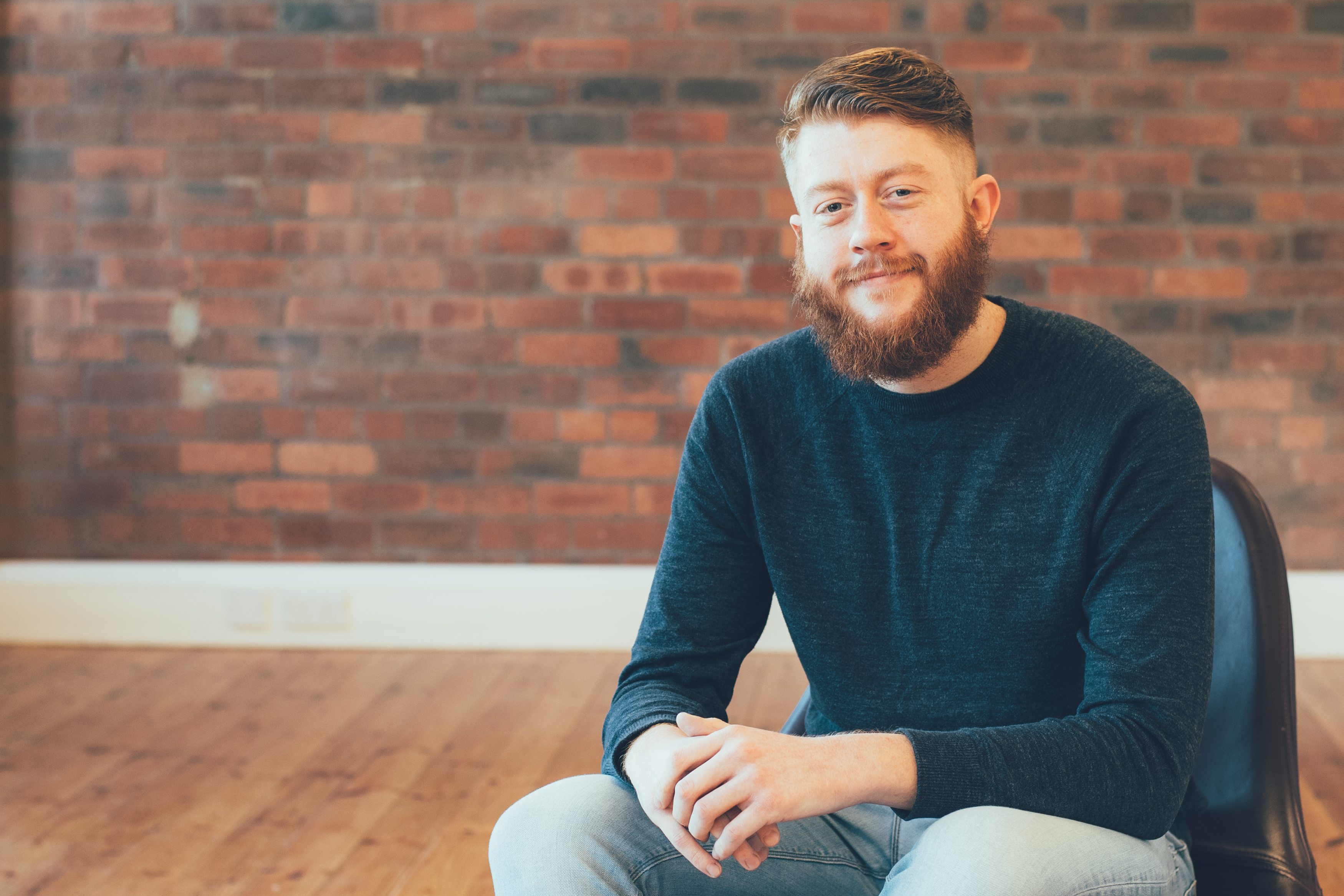 Ben: So, Danny, welcome to the inaugural Woven Coffee Session! Tell me, what coffee have you brought along?

Ben: Er, yep. Fair enough. Okay, moving on. How did you get into web development?

Danny: Through school. I was building my first websites ten years ago, when I was just 14, and I’ve had the bug ever since.

Ben: You studied it at university, then?

Ben: No need to show off, Danny.

Ben: No problem. Just don’t do it again. So, what attracted you to Woven?

Danny: Well, after I graduated – with a flawless first-class honours degree – I took a few freelance gigs. Which were great, but I wanted to work with other experienced developers and at a place I could learn new things. As a front-end developer, I’ve got to keep at the forefront of the industry and Woven allow me to do just that.

Ben: So, web development. What’s all that about, then?

Danny: Er, could you be a bit more specific?

Danny: Well, essentially, it’s making websites using computer programming languages. Front-end development is making sure the user experience side of things works well: the buttons and menus through HTML, the aesthetics through CSS – all the bits a web user can see and interact with. This is then stored in databases and on servers, all operated by a back-end developer.

Think of web development as a car: the chassis, steering wheel and speed dials are all front-end stuff, what the user interacts with. Whilst everything under the bonnet is back-end stuff, that the user doesn’t see but that the car needs to run properly.

Ben: Nice metaphor, Danny! Web dev equals cars, like it. Moving on, then, what changes have you seen in the web dev landscape since you started?

Danny: One of the biggest is the rise of responsive websites. When I started it was all about static pages on desktops. Now it’s all about being responsive: easy-to-read content packaged in an intuitive way and delivered across multiple platforms – computers, tablets, mobile.

Also, because of the explosion in the number of frameworks available, such as Angular, Vue and React, it’s now much easier to create JavaScript and CSS code. Essentially, these frameworks let you speak JavaScript more easily. They’re like having a translator in a foreign country.

Ben: Okay, Danny, enough of the metaphors. I’m the copywriter round here, remember? Anyway, back to life at Woven. What work are you most proud of?

Danny: Definitely my work on Hill Group. They build prestigious homes and have lots of developments across the country. I work on the main Hill Group site, as well as several of their sub-sites, such as Athena, and even their showhome digital displays.

It’s a lot of work and it’s pretty complex, as the content has to link to external sites such as Rightmove and WhatHouse. But I’m really proud of it – and it definitely keeps me on my toes!

Ben: Well, at the ripe old age of 24 it’s fair to say you’re no spring chicken [Editor’s note: Ben is 37] – what advice do you have for the next generation of web dev dynamos?

Danny: To not be scared of making mistakes but to always learn from them. Web development is a skill you never stop developing – pun intended. There’s always something new to learn, some new problem to solve. You’ve just got to embrace the challenge!

And just one last question before I let you go back to your dev den: how many Woven Star of the Month awards have you won?

Danny: I’m proud to say I’ve won two, although none since we introduced the Amazon voucher reward…

Out of interest, Ben, how many have you won?

Ben: And that wraps it up for this month! A big thanks to Danny for taking the time out of his busy schedule. Tune in next May for the next Woven Coffee Session, at which point I’m bound to have won Star of the Month. Or a Pulitzer, maybe. Do they do them for blogs? 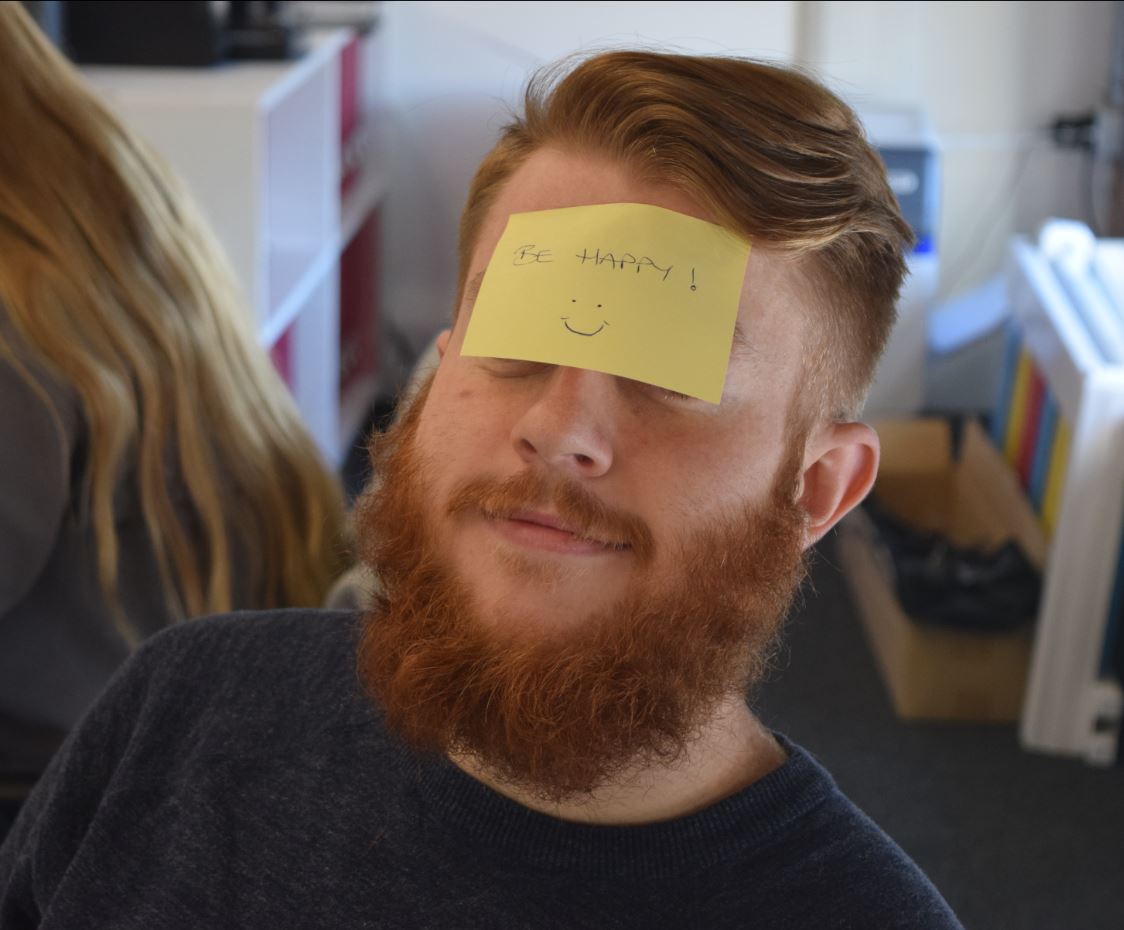 Well, I think that went rather well, don’t you? Right, I’m off to practice my leg-crossing technique ahead of the next Coffee Session.

Like the sound of the web-dev world of Woven? Then check out our Umbraco and front-end web developer career opportunities.